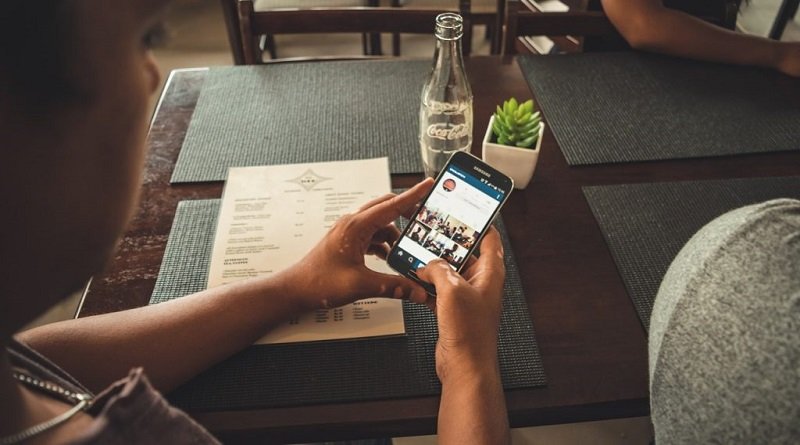 4G means Fourth Generation of cellular communications and is also called as LTE (Long-Term Evolution).
At this time, 4G is the latest version before generating 5G.
4G is noticeably differ from 3G and 2G especially in Internet connection, although differentiation in phone calling is not obvious among 4G, 3G and 2G.
The internet speed for entering websites, video calling, watching HD videos, Downloading and uploading will significantly be better and faster in 4G.

To access 4G network, the device or handset must be a type of device which support 4G network.
In South East Asia, 4G network can be accessed only in Singapore, Thailand and Malaysia till now, and Myanmar will be the fourth country that can access a 4G network in South East Asia.
Although 4G was generated in 2014 world widely and the developed countries have been using since that time, there are still many countries that cannot use 4G.

Communication Department under the Ministry of Transportation and Communication has already accorded 4G license to three existing operators in Myanmar: MPT, Telenor and Ooredoo to initiate 4G Network with 1800MHz & 2×10 MHz in Myanmar.
The validity period of the license will be for twelve years with 80 million dollars as the license fee. Communication with those modernized and fastest technologies will be supportive for the economy, education, health and social sectors in Myanmar to be improved.

During the past 4/5 years ago, only 2G service could be used in Myanmar while MPT was the only one operator for mobile communication.
At that time, the most difficult situation had been faced regarding to the internet connection speed.
Even to use Facebook and Viber, Internet users had to take a long time with patience to reach the point.
But after emerging foreign operators: Telenor and Ooredoo in Myanmar, 3G network was started.
Since that time, Internet communication aspect in Myanmar pointedly developed, but the greatest development means just the speed becomes faster.
As Myanmar people had been using the poor connection for a long time, the improvement of internet speed could make the users craving-satisfy.
But the users disappointed the rate, and they seemed that 5/6 Kyat charged in 1MB is a bit expensive.

With the intention to advance the wireless communication aspect of Myanmar and to catch the modernized worldwide technology that is upgrading from time to time, the government has complied the operators to begin 4G network, and how the operators will carry out 4G service to the public can be found in the followings.

MPT
MPT is the first telecommunication operator in Myanmar, and in the current, it has encompassed the widest network throughout the country.
After according the 4G license, MPT launches to provide 4G service to the customers firstly.
It announces that MPT will start the 4G service in Naypyitaw, Yangon and Mandalay in May 30 and will continue to extend the network all over Myanmar.
MPT has already arranged the technology transformation program from 3G to 4G for the customer to be able to change into 4G smoothly.
The rate for calling, message and internet will not be changed.

MPT announces that it will present many promotion programs and new services with new styles to the customers as the commemoration of the 4G network establishment.
To access 4G network, the users need to exchange their SIM cards with 4G SIM card at the nearest MPT service shop in free of charge and the phone number will be the same (no change).
MPT publishes that the users need to adjust the setting in the handset to access the 4G network so that the customers are able to use 4G network easily while they are in the 4G service area.

Ooredoo
Foreign operator, Ooredoo, has also already sent messages of information on the access of 4G Network to its customers.
And it also announces that the necessary network connections have been implemented.
Continuously, Ooredoo adds that they will inform the customers in the 4G service area about the 4G network accessibility.

Ooredoo has started 4G in Yangon, Mandalay and Naypyitaw since few months ago and is widening the network throughout Myanmar now after the accord of 4G license by the government.
Ooredoo service areas are being announced on websites, facebook page and twitter of Ooredoo Myanmar as well as sent messages to customers.
Currently, only Yangon, Mandalay and Naypyitaw residences can access 4G service and the service will come to the rest areas soon.

As Ooredoo users, they don’t need to change 4G SIM card as all existing SIM cards are designed to support 4G since the beginning.
The accessibility of 4G depends only on the handset of users and the messages of validity or invalidity of handsets for 4G service will be sent to customers.

And the customers can also check by dialling *414# and the rate of calling, internet and services for 4G will be charged at the same rate.
While being in overseas, which has ooredoo services, the customers can use the existing SIM card.

Telenor
Like Ooredoo, Telenor has been initiating 4G network within 19 cities and townships since ten months ago. Government’s opening to access 4G with 1800MHz/2×10 MHz in Myanmar is the gateway to use 4G/LTE with the tenth times higher speed than 3G.

Telenor will continue to enhance 4G network around the country.
Presently, Telenor has already established 7500 telecom towers and has been providing the services from its widest internet network with the latest technologies to19 million customers in all regions including Nay Pyi Taw.

The customers are going to be able to access 4G that is significantly faster than 3G soon.
And it believes that the communication aspect of Myanmar will develop one more step if the operators transmit the connection speed according to the specified standards.
The government should strictly control the operators, according the regulations in order to meet the standards.
Moreover, numerous customers doubt on the bill deduction system for internet usage.
That case should also be inspected with the assistance of independent international technical expert team.
Hope Myanmar will develop in every aspect owing to the benefits of initiation of 4G Network. 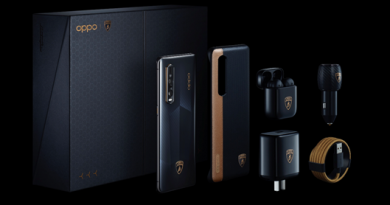 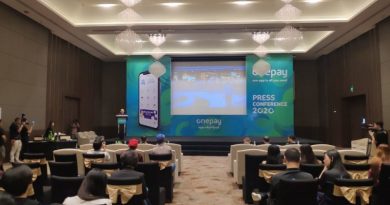 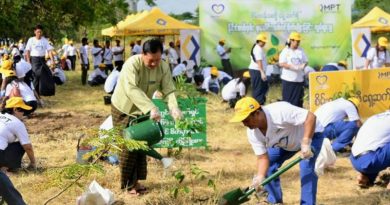