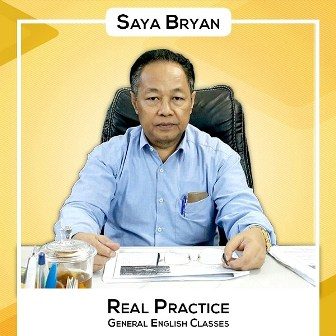 Real Practice Education is a class open to those who really want to learn English. For its effective teaching methods, it can be said as a must-attend class for those who are passionate about the English language.

Real Practice Education was started under the management of Saya Bryan, who had retired from the position of general manager in 1917. The class has been successful so far as Saya Bryan is also a passionate person about English.

“After retired, I thought about what to do and an idea came to my mind of opening an English class as I studied a lot for myself. After looking at the advertisements of the other classes, I realized that I could do the same and started Real Practice Education,” Saya Bryan said. 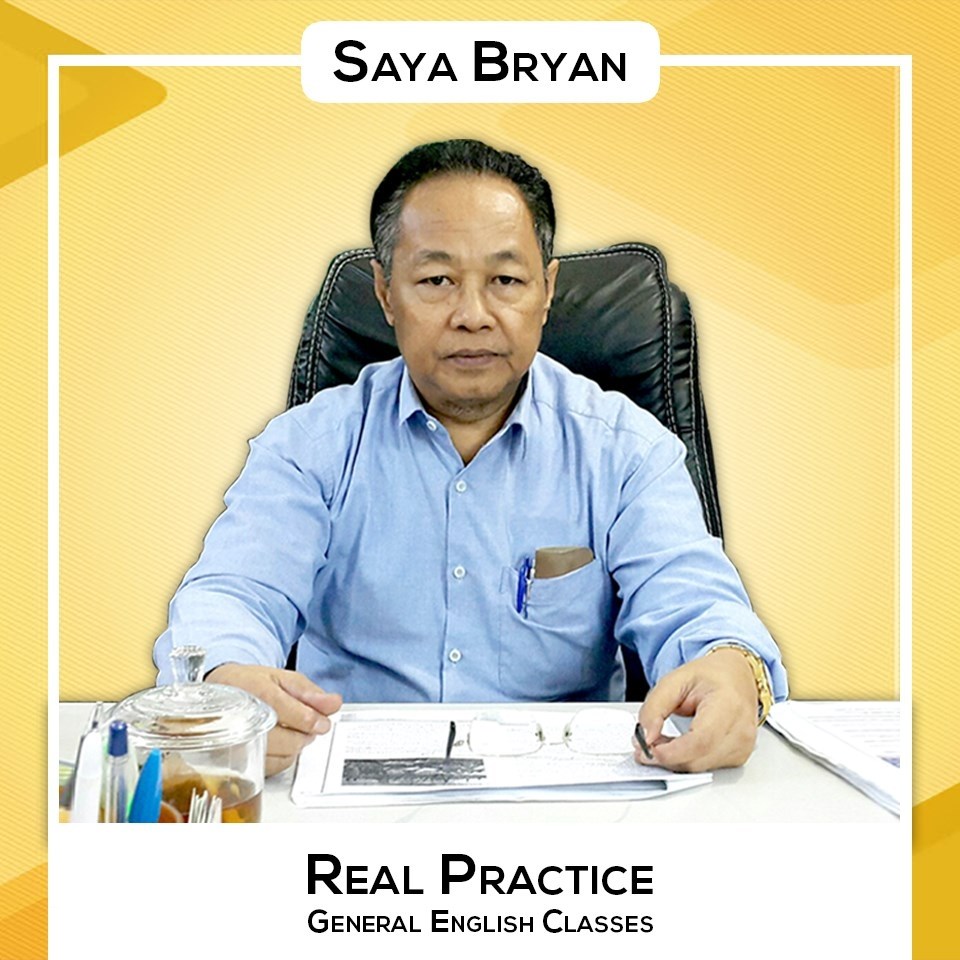 At first, there were difficulties in location for the class, and I used the front room of my son’s house as the class location.  Since there are only 12 trainees are available to sit in that space, my class was started with 12 trainees.

The curriculum for the current English class courses are designed by Saya Bryan. Including basic grammar, I also prioritize teaching in apply English. I also intended to teach from intermediate level to advanced level. The number of trainees has exceeded the limited number and it has been between 1,200 and 1,500 trainees since its inception of 2017.

Previously, it was an offline class till batch 28 and changed to Zoom classes after the COVID-19 outbreak. According to Saya Bryan, he intends to make an application and website later, but still not possible at the moment. In addition, he wishes to make the class with a diploma provided class.

“To those who would like to take the class, you cannot study English that you have studied for over 10 years, easily. You need to apply English that you have learned in the class. Here, I teach them how to apply the language and I only want students who are passionate about English. I want students who think it’s nothing if we don’t now English and we must but not a short-lived enthusiasm. I would like to encourage those who really are passionate to attend,” said Saya Bryan.

Visit the link below for more. 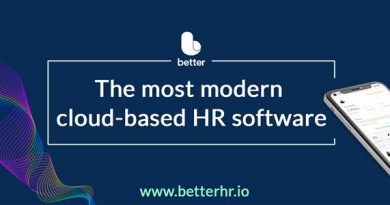 Better HR, A Way Out for Business Owners Who Do Not Want to Bother with Managing Staff (An Interview with Ma Moe Htet Kyi Phyu from Better HR)

2022-06-09 Admin Comments Off on Better HR, A Way Out for Business Owners Who Do Not Want to Bother with Managing Staff (An Interview with Ma Moe Htet Kyi Phyu from Better HR)

Essential MyanLearn Applications students and those who are finding trainings